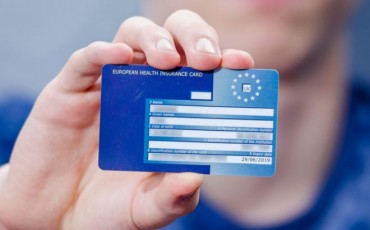 If you are planning a holiday in EU country or Iceland, Liechtenstein, Norway or Switzerland after 29 March 2019, when the UK is scheduled to leave the EU, you may be wondering whether your European Health Insurance Card (EHIC) will be valid.

The EHIC currently entitles you to state-provided medical treatment if you fall ill or have an accident in one of those countries.

They cover pre-existing medical conditions as well as emergency care. Individuals with chronic illnesses, for example those who require daily dialysis, can travel knowing they will receive treatment on the same terms as the citizens of the country they are visiting.

So what will happen after Brexit? It depends on whether the UK leaves with or without a deal.

What will happen if there is no deal?

If the UK leaves with no deal, your EHIC will no longer be valid.

If there is no deal, the advice for those travelling on or after 29 March 2019 to EU countries as well as Switzerland, Norway, Iceland and Liechtenstein, is to buy travel insurance to cover health care "just as you would if visiting a non-EU country".

The government says it is "seeking agreements with countries on health care arrangements for UK nationals after 29 March", but there is no such agreement in place with any of the countries yet. The information will be updated if the circumstances change.

What happens if there is a deal?

The UK and the EU have reached agreement that there should be a transition period between 29 March 2019 and 31 December 2020 to allow more time for negotiations on the future UK-EU relationship.

During this time, all EU law would continue to apply in the UK. That would mean that citizens would have exactly the same rights and guarantees as before - so, you`d still be able to use your card.

The transition would only come into effect if Theresa May`s withdrawal agreement was ratified by both the UK and the EU before Brexit day and there are still significant challenges to overcome, such as the Irish border issue.

Under the terms of agreement, the transition period can be extended by up to two years, if necessary.

What happens after that is not clear as this will be decided as part of the negotiations on the future EU-UK relationship.

In the Brexit White Paper published on 12 July 2018, the UK government said it wanted "UK and EU nationals to continue to be able to use the EHIC to receive health care should they need it while on holiday".

The UK has reciprocal health insurance deals with a few non-EU countries, including Australia and New Zealand, under which visitors can receive free urgent treatment. These will be unaffected by Brexit negotiations.

Over 25 years of Experience we'll ensure you always get the best Deal.